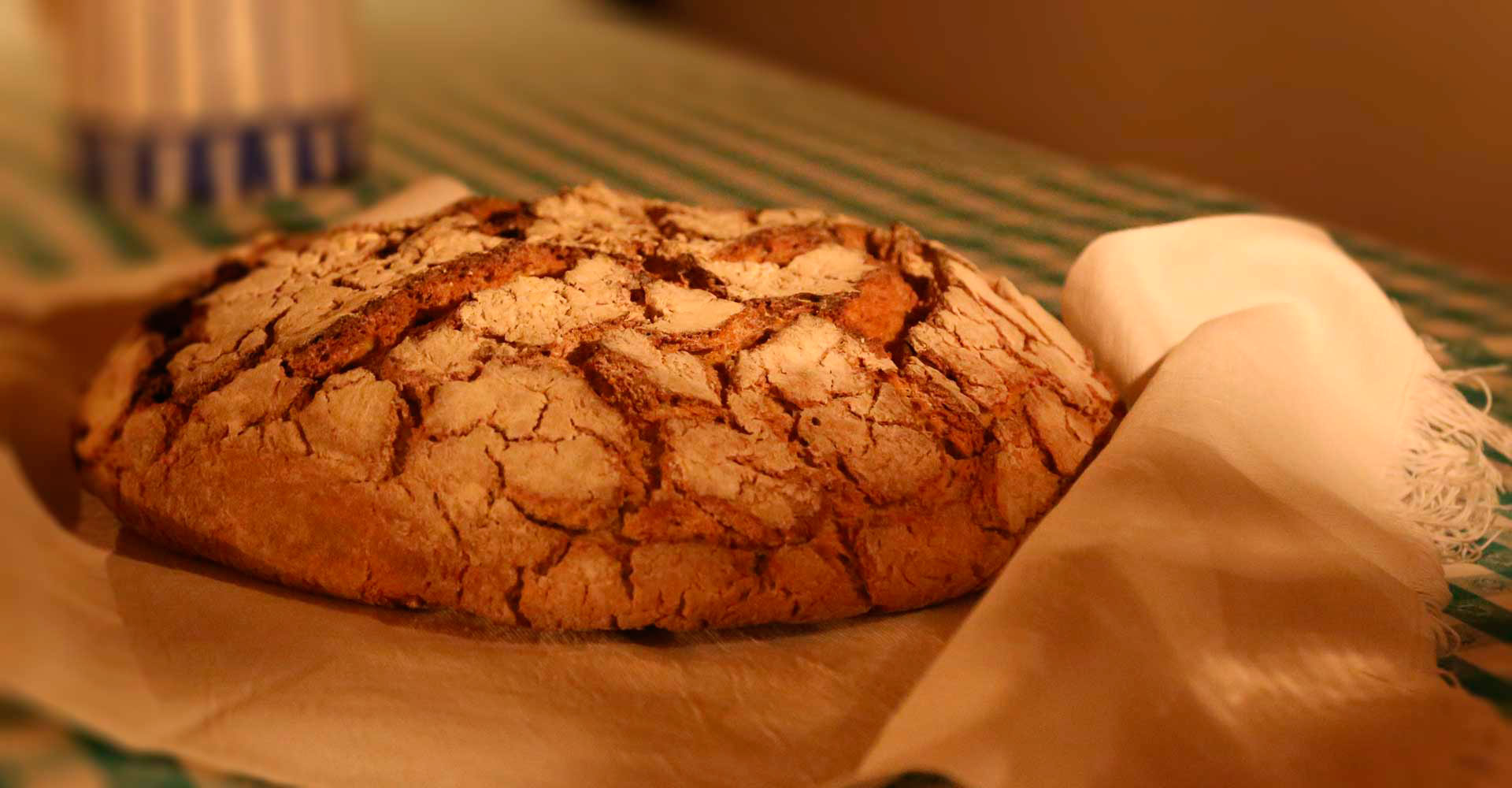 Until mid-20th Century, bakeries were much more a part of urban life. In the villages in the countryside the bread that people ate was corn bread, a dark bread, which was baked on a regular basis at home for own consumption. Some would make this broa every day for own use and to sell to the neighbours. The white bread, made with wheat, was considered a luxury and was only eaten by the rich. In the countryside, corn and rye was grown. That is why the bread was made with these grains.

The cleaning of the wooden bowl with a small shovel is the first step in making the delicious corn bread. Water and soap are considered enemies of such a beautiful wooden piece.

The corn bread was given different names in Portuguese – meada, terçadaor quartada– depending on the grain variety used to bake it. The flour is sieved into the wooden bowl. Then the baker gets the bowl with the yeast, called “cresente” (Portuguese for growing) in these parts. It is the dough left over from the last time corn bread was made. The hard crust on top of the crescente is cut off with a knife. It is added to the flour, together with cold and warm water and a handful of salt. Then the kneading starts. Slowly, very slowly. And slowly the flour turns softer, wanting to be kneaded, kneaded until “sweating, soaking with sweat and sweat dripping” (In António Mota À Roda do Pão (Portuguese for “Around the bread”).

The dough is shaped into a ball and marked with a cross with the edge of the hand. The tradition dictated that the dough should be blessed before starting to rise. The time the dough is left to rise varies from house to house. Each corn bread is different in taste.

Meanwhile the oven is prepared. The wood cannot be placed in a random way. If there is no oxygen, the smoke will put out the fire. When the stones of the door start to whiten under the heat, the oven is ready. The embers are removed from the oven with an iron spade and the inside is brushed with broom or mimosa.

But before the corn bread, it is time to make the cornbread cake. The board used to roll out the dough and the oven peel are sprinkled with flour. The dough is placed on the board, tossed into the air so it rolls and hits the bottom of the wooden bowl. After rolling out the dough, place it on the oven peel. Shape the dough into a low and round shape, adding some of the previously cut cured sausages. The corn bread cakes are placed carefully with the peel in the oven to bake.

The same steps apply to making the simple corn bread: sprinkle flour onto the board and peel, roll out the dough and place it on the peel. Only that in this case the dough is not shaped. It goes into the oven with whatever shape it has when falling onto the peel. The oven is covered with clay, ashes or soil. In the old days, ox excrements were used. The corn bread is ready when it has gained its typical honey colour. 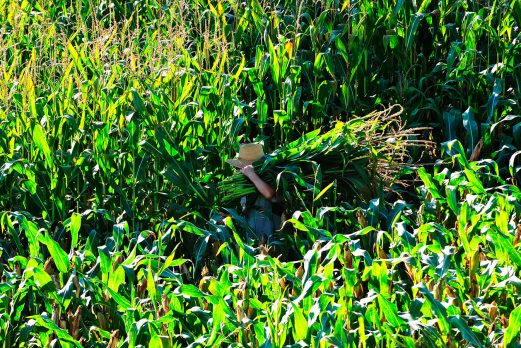 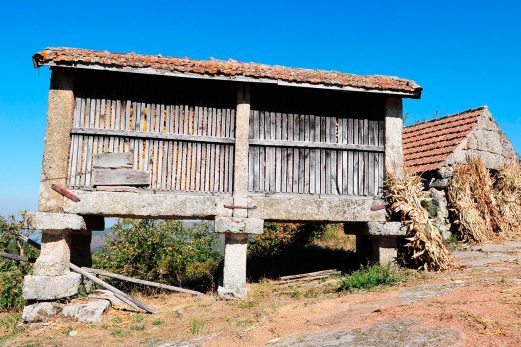 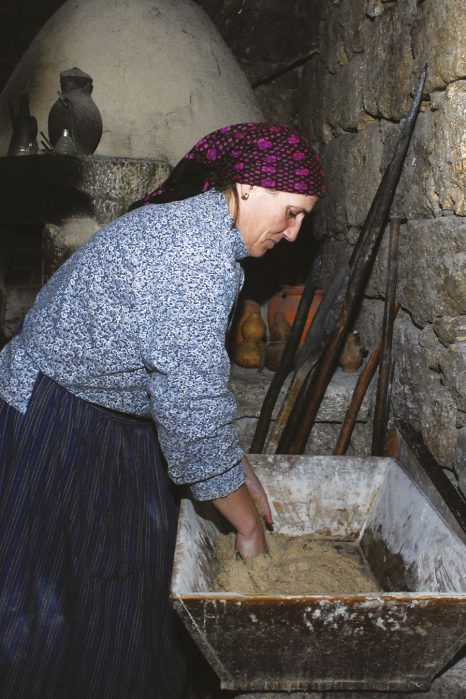 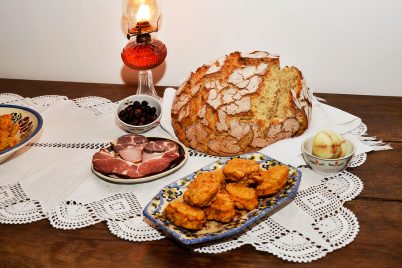 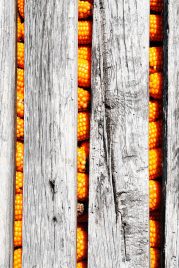 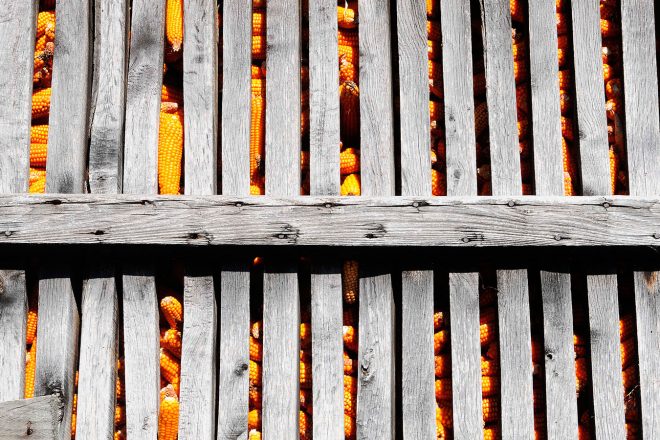 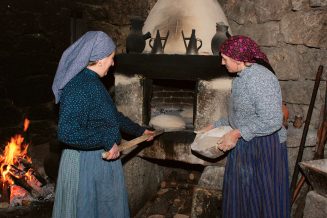 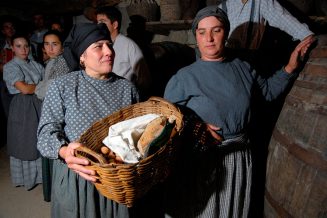 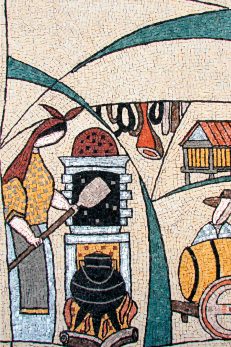 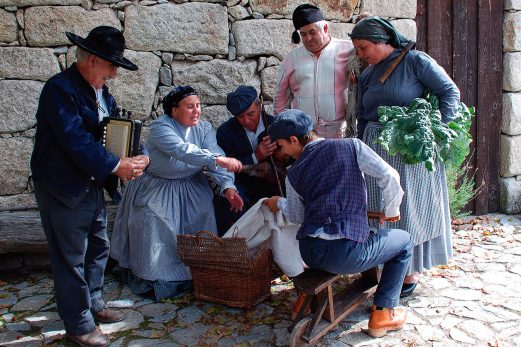 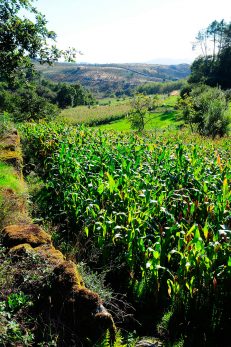