Exhibition Centre for Vines and Wine

Since the beginning of the twelfth century, the monastery’s history is closely tied to the production and commercialization of wine. From the medieval ages onwards, the wine was sent to the city of Oporto becoming part of the Douro river trade-routes.

From the medieval ages onwards, the wine was sent to the city of Oporto becoming part of the Douro river trade-routes.

Thanks to the profit made from the wine exports, the monastery expanded and rose enough to be able to acquire various works of art and do successive remodulation works, resulting in the construction of the barns, a winery in the 18th century and alongside the Lagares (a building used in Portugal to press grapes and produce wine) built in the 19th century, together these buildings form the exhibition centre for vines and wine.

The creation of this centre is closely tied with the monastery’s history as a part of the territory it is located in, which visitants come to learn.

A territory with specific geographic characteristics and inhabited by men who, be it by their will or the will of others, transformed the landscape with the cultivation of vines, cereals and fruit trees. Having the river nearby and explored by fishermen and/or to be used for trading, the monastery made use of its geographic location and today is considered a touristic landmark at a national and international level. 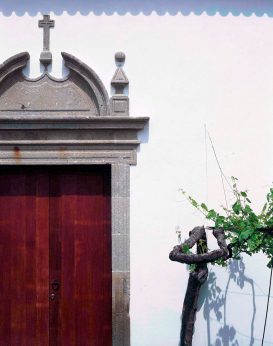 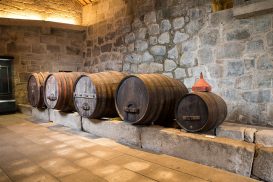 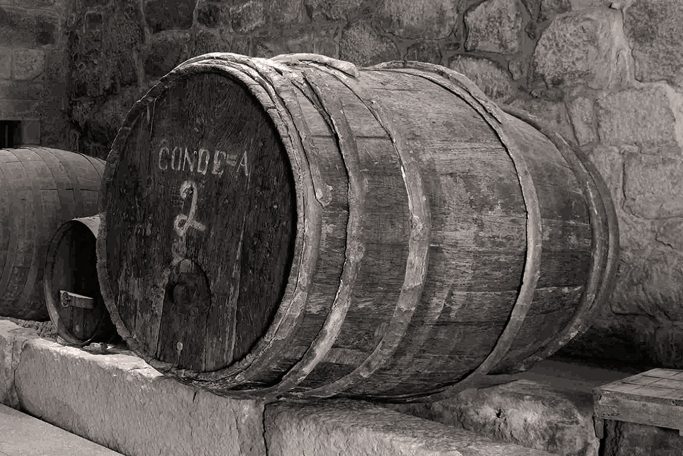