This trail connects the Riding Centre of Baião to the summit of SERRA DA ABOBOREIRA/ABOBOREIRA MOUNTAINSwhere the main points of archaeological patrimony are found. The trial also leads to the villages of Aboboreira and Cushioncharacterized by rural practices of agriculture and where it is witnessed a lifestyle that prevailed for centuries. We can experience breathtaking panoramic views over the valleys of the rivers Tâmega and Ovil. Other trails can be accessed at the top of the mountain.

The landscape along this route tells a story of the transformation of the dense primitive oak forests into an open landscape due to the agro-pastoral activity that man had developed over thousands of years.

The top of the mountain range is mainly predominant with different grasses. Cattle, mostly sought after fennel because of its flavour. This is the preferred habitat of the Montagu's harrier, a bird of prey of great beauty that flies acrobatically. The frequent fires result in an abundance of plants typically born in burned areas, such as the fetus-ordinary or the abroteas. The erosive processes caused by man for centuries have led to an increase of rocky outcrops and scarce soils in the landscape. These environments usually include very specific plants such as Thymus caespititius, a species of wild thyme used to wash the hair of previous populations, aiming to make the hair shinier. At some headwaters there were small peat bogs, humid places with very specific flora.

On the upper plateau there is a number of tumulus monuments, part of the megalithic complex of the Serra da Aboboreira. It was easily established that these constructions were not used solely for burials. They serve as markers in the territory, becoming a part of the landscape, they symbolise the constructive effort of these communities during the construction and the need for social cohesion among the various communities in order to be able to go through with these constructions. In the wide dolmen Outeiro de Gregos, there five identifiable monuments that differ in typology and rituals and pre-historical periods (Neolithic and Bronze).
On the wide floor of Outeiro of Greeks, five monuments of different typologies and different rituals are identified corresponding to different periods of Prehistory (Neolithic and Bronze Age).

The dolmens Outeiro de Gregos 2 and 3 are found on the right side of the trail, these date from the first half of the fourth millennium BC and as part of natural hills, become one with the landscape. The first mounding burial is a closed dolmen and for a second tumulus, the capstone would need to be relocated. Outeiro of Greeks 2 and 3, constructions from the 1st half of the 4th millennium BC, that purposely occupied natural hills and that stand out quite well in the landscape. The first papaya contains a closed dolmen. In the latter, a second tumulation would only be possible by partially displacing the lid.

On the left side, despite not having been studied completely, another monument (Outeiro de Gregos 1) can be found. It dates back to the beginning of the second millennium BC It is a cist, originally covered by a small stone mound and, unlike the other Monuments, it goes completely unnoticed in the landscape.

In Outeiro de Ante, it is possible to visit two other megalithic monuments. The one assigned the number 3 was the first monument uncovered by the archaeological field of Serra da Aboboreirain 1978, even though it was mainly incomplete. However, a small entrance can be seen through a small threshold. The number 1 is impressive due to its presence in the landscape, the pre-historical men took advantage the natural elevation to build a dolmen, making it stand out. To access the interior, it was through the superior mounding.

A little further down, on the right side of the road, you can find another dolmen (Mina do Simão) which, although not equipped to enter, has a curious layout: it is isolated, surrounded by a landscape "as in a theatre room", and only stands out near the brook on the east or south sides. The position of the dolmen’s stele is curious for its "naviform" appearance, having a "prow" pointed north.
End the route by visiting the traditional villages of Aboboreira and Almofrela. The first is known not only for its large herds of goats and sheep, but also for the fresh goat cheese. The second is famous for the beauty of its combination of meadows and fields, delineated with chestnut and ash trees in addition to the black alder and wild pear bushes. 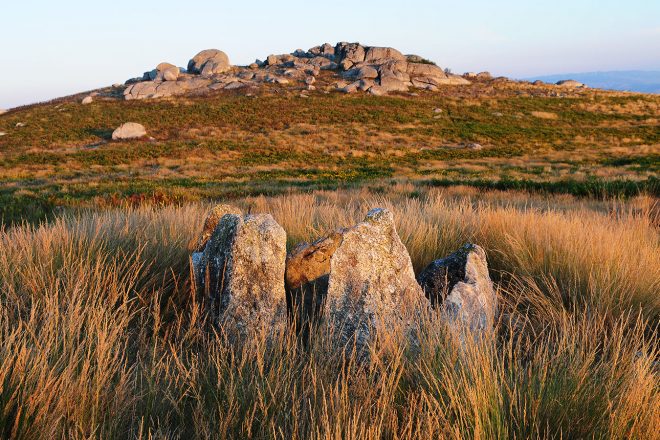 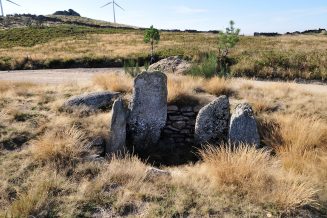 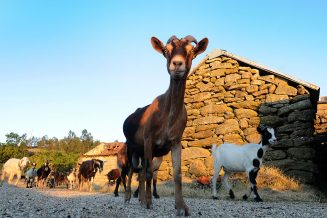 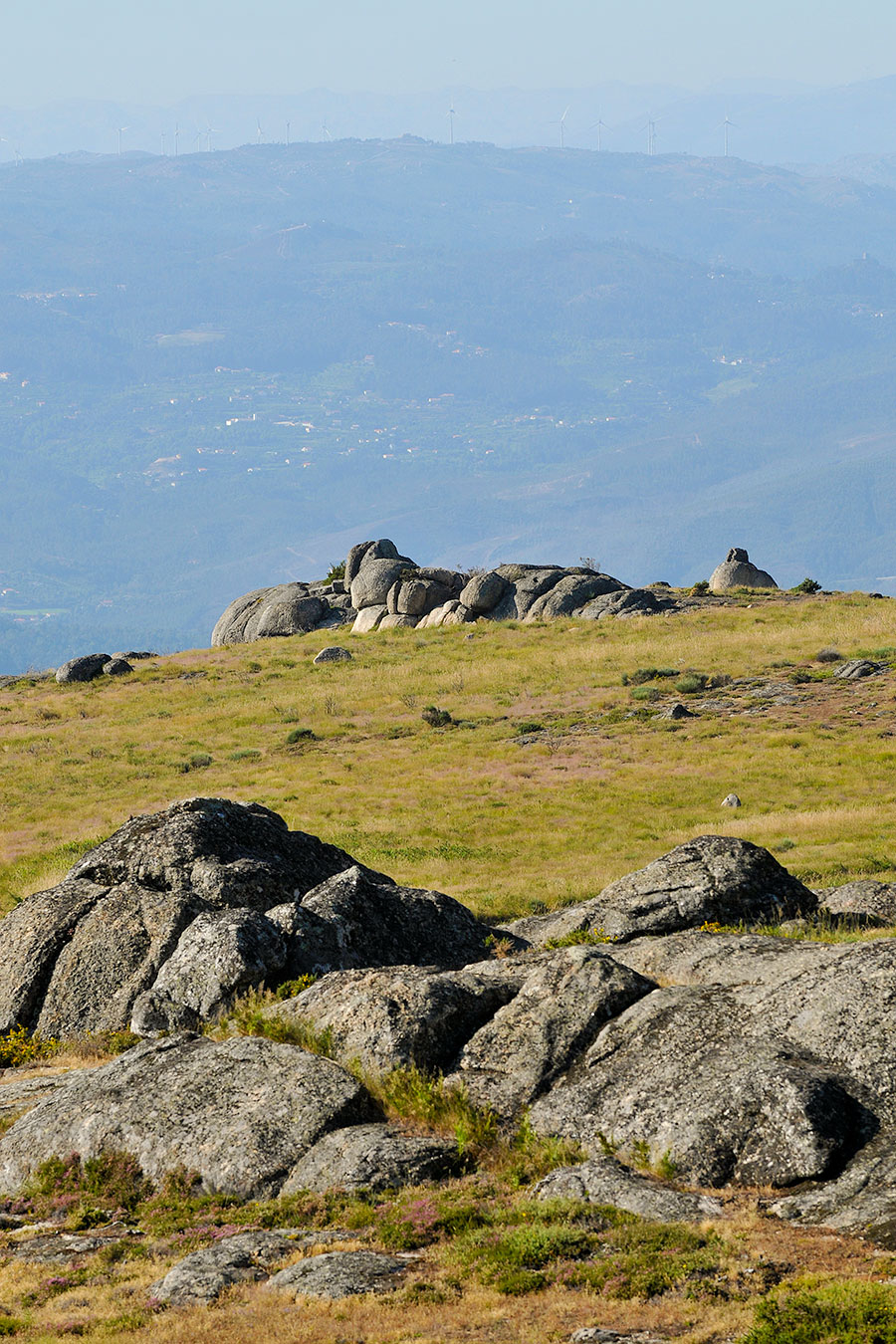