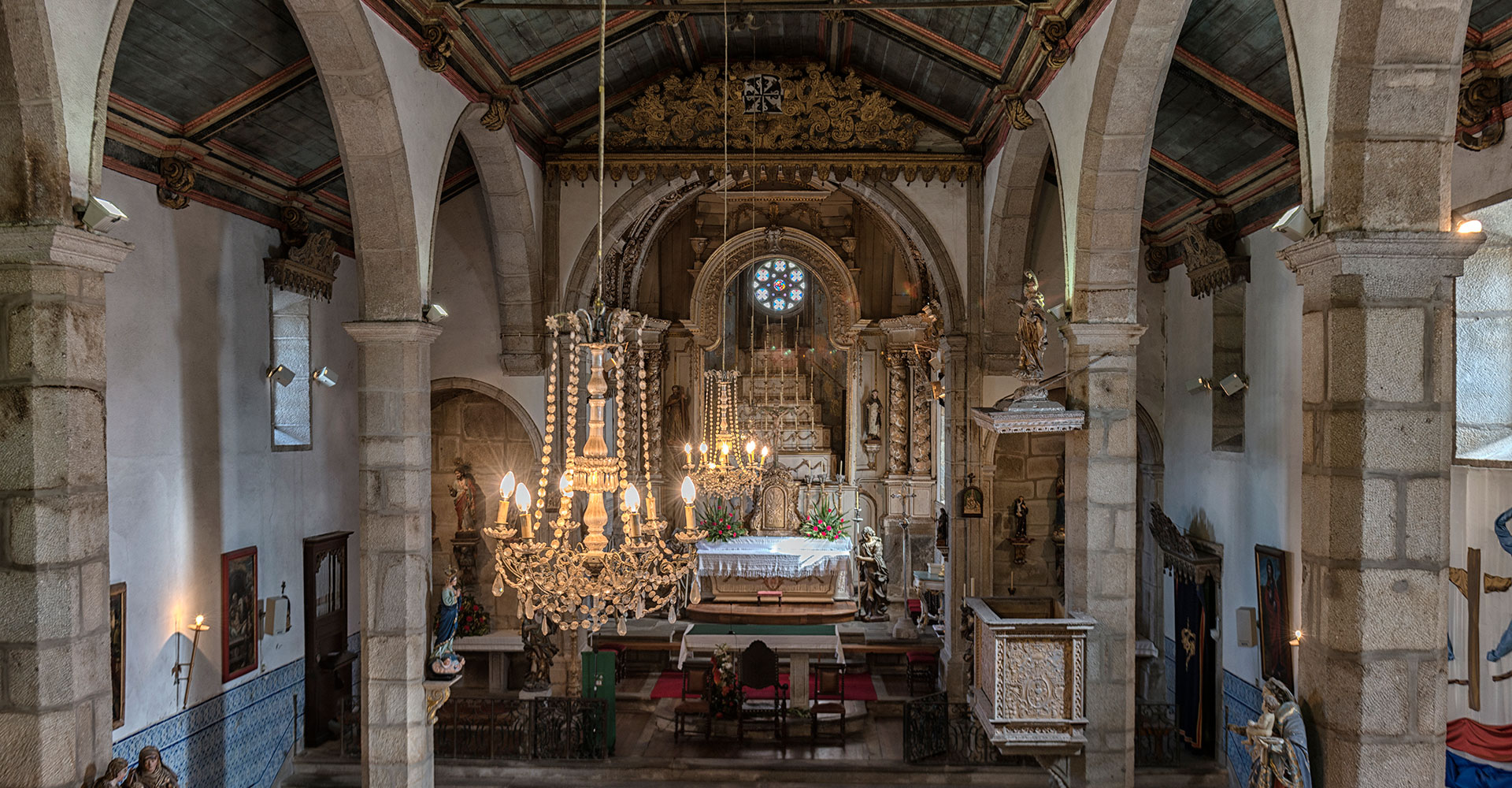 Ancede’s church belonged to the Monastery Santo André de Ancede, that dates from the 12th century as proven by the first documented evidence dating from 1120.

Little is known about the original medieval church, though some markings from the Middle Ages can be seen on the walls, especially on the south facade of the church and on the layout of where the current sacristy is. It is worth mentioning the 13th Century rose window, which has a thick torus on the outside, bordered by two small plinths and one pearled rim (Barroca, 1984). It is not clear if the current location of the rose window – on the back wall of the main altar – was its original location. It is known, however, that the monastery suffered a large fire in mid-14th Century, destroying some of its outbuildings.

Before the 16th Century there were two small churches, one for the canons and the other for the local residents. The Parish church was smaller as evidenced by the existence of two aisles, which suggests a smaller size when compared to the current one. The exact location and the way it had been separated from the church of the canons is not known.

This description is made in a 1746 document, which also refers to renovation works finished in 1689 and that involved the construction of a new building with three naves with three decorated chapels and one chancel, matching the current layout of the church.

The same document also refers to the current sacristy as being used as a chapter house “during the time of the canons” (ADP).

It is known that the Monastery had a trading relationship with Flanders, exporting wine with the help of two high-sided ships during the 15th Century headed for that region.

Not surprisingly, today we have several paintings from Flemish artists, notably a beautiful triptych portraying St. Bartholomew. It’s a 1530 triptych by Joos van Cleve (1485-1540), known as one of the first Flemish painters to use broad landscapes as the background for his paintings, which was to become a popular technique during Renaissance painting in Northern Europe. This triptych, in particular portrays a landscape of Antwerp, depicted with the river Scheldt and the port, where merchandise from all over the world were offloaded, including the wine produced in Ancede (Lorena, 2016).

It is worth appreciating and learning about the sculptures kept in the Church, a Gothic parochial cross and a holy skull, which is said to have cured the people and cattle suffering from rabies.

Barroca, Mario Jorge (1984). Notes on medieval occupation in Baião, Archeology, 10.
Guide. Route of the Romanesque.
Lorena, Mercês. (2016). Triptych of the Master of Ancede. In. Joel Ferreira Mata, Baião: Around the year 1500. 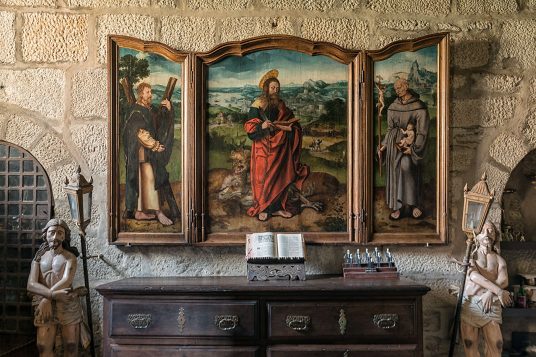 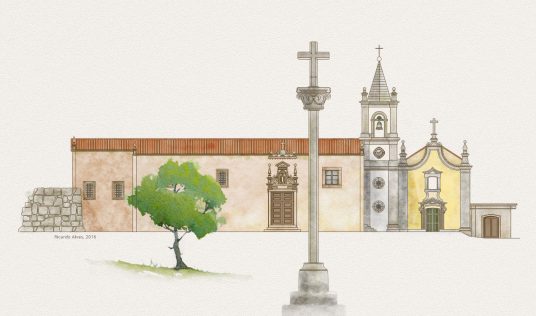 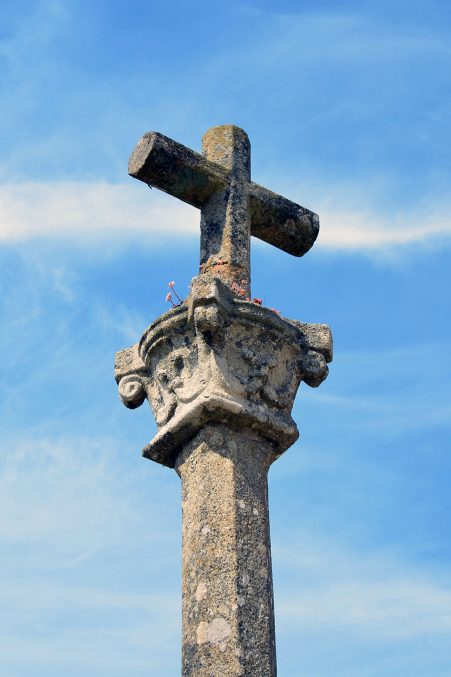 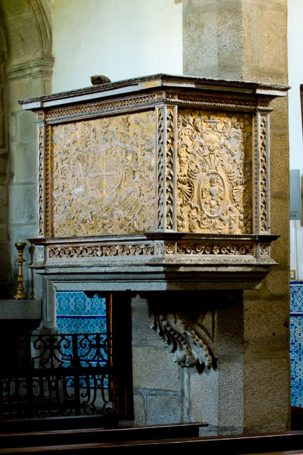 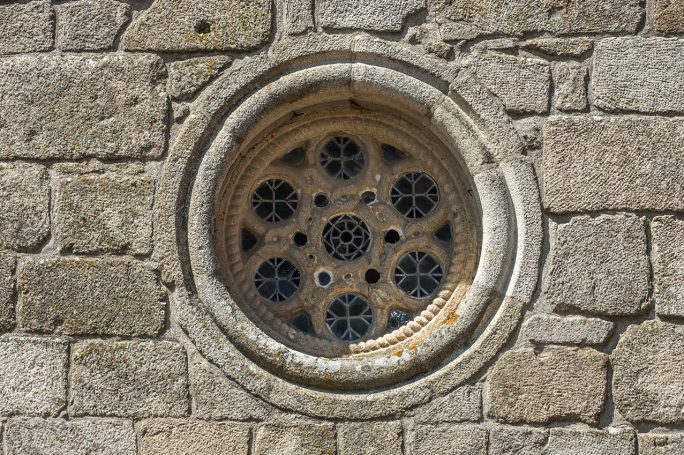 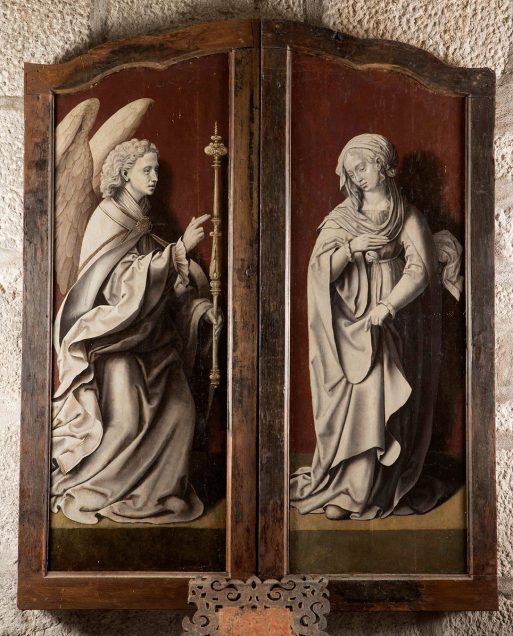 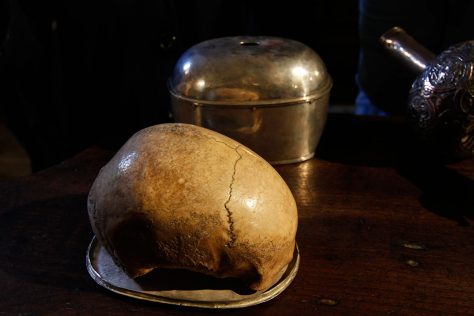 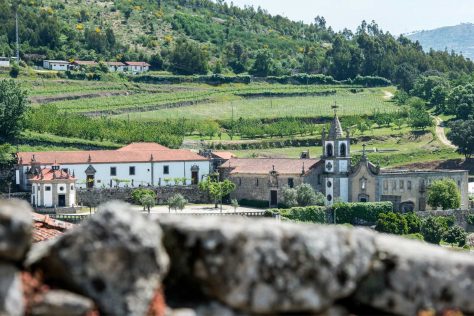 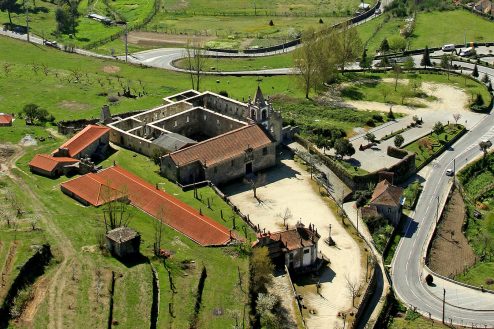 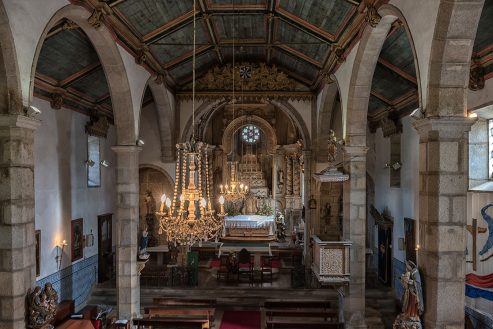