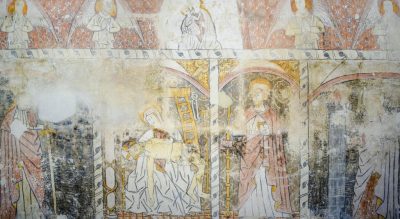 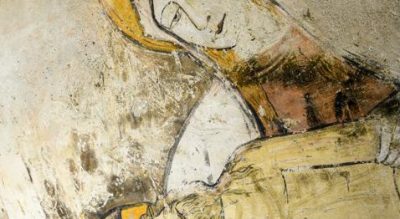 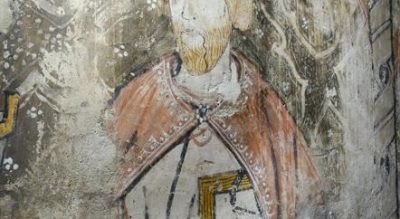 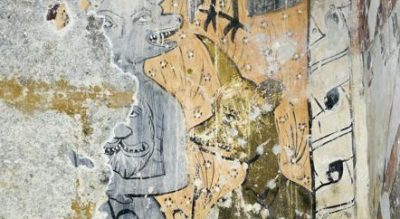 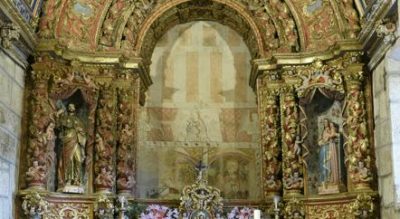 Gothic temple, built probably at the end of the thirteenth century and that re-uses in the main chapel an inscription dating from 1188 but that is inverted and that may be related to a previous building.
Coincidentes with the construction of end of century XIII are the vestibules of the central facade and lateral south in pointed arches. Highlight the central portal whose inner archivolt is pearly as well as those imposed.
In the north façade, the dogs are figurative and geometric, although with a fruity trait.
In the interior, on the thick and bare walls are visible large masonry acronyms, in addition to the altarpieces in polychrome wood. Behind the beautiful baroque altarpiece, frescoes from the end of the 15th century are visible of great beauty.
The fused wall is decorated in the upper part by a frieze of angels that flank a niche where Our Lady and the Child Jesus figure.
Beneath this frieze follow from left to right, figurative frescoes of St. Catherine of Alexandria, Pieta, St. James and St. Barbara.
On the side wall of the side of the epistle are visible two more saints. St. Peter appears at the top. In the lower part we can be in the presence of São Paulo.
On the side of the epistle is visible a scene that may represent Hell, where fantastic creatures, bicephalic beings and a large black being with white teeth are visible that "swallows" several characters.